Pseudotsuga menziesii, commonly known as Douglas fir, Douglas-fir and Oregon pine, is an evergreen conifer species native to western North America. The coast Douglas fir, grows along the Pacific Ocean from central British Columbia south to central California. The tree is dominant in western Washington and Oregon. Colloquially, the species is also known simply as Doug-fir or as Douglas pine (although the latter common name may also refer to Pinus douglasiana). The common name is misleading since it is not a true fir, i.e., not a member of the genus Abies.

Stay Up To Date

Subscribe to our e-newsletter to stay up to date on the latest products and specials from BMR! 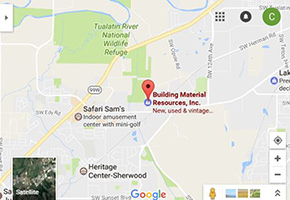 *Pricing is subject to change at any time for any reason. Please CALL us for current pricing.